Lecture series from the Sarasota Institute of Lifetime Learning. See below for lecture dates and descriptions.

Friday, January 28
Stories That Never Made It Into Print: Backstairs at the White House

Thomas DeFrank has been a White House correspondent for more than 50 years, since the last months of the Lyndon Johnson administration. Some of his more entertaining and revealing reporting, especially personal interactions with many of the 11 presidents between LBJ and Joe Biden, has never been published. Until today. 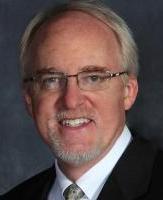 The Trump administration brokered four Arab peace agreements with Israel in five months during 2020, known collectively as the Abraham Accords. Veteran diplomat Brian Hook, who was on the negotiating team, will explain the significance of the Accords and the foreign policy required to promote peace in the Middle East.

Judge Charles B. Schudson will bring us behind the trial bench to meet judges analyzing trials and sentencings and explain how judges weigh life and death, million-dollar damages, and our civil rights. With scholarship and compelling cases, he will examine the personal, professional, and political pressures threatening judicial independence today, like never before.

Friday, February 18
How American Democracy Has Renewed Itself in the Past

The history of American democracy is rough, uneven, and incomplete. Our country has experienced many periods of democratic growth such as in the 20th century Civil Rights era, and repeated moments of democratic retraction and backlash, among them Reconstruction after the Civil War. Dr. Jeremi Suri will examine some of these moments in the past and the lessons for the present.

Ebrahim Raisi, a cleric close to Iran’s Supreme Leader, was elected and hardliners strengthened control over Iranian policy. By reputation, Raisi is deeply suspicious and hostile towards America and committed to regime preservation. Dr.Mohsen Milani discusses Raisi’s views and their impact on nuclear talks, global and regional power rivalries.

Friday, March 18
Can a Democratic America Compete with a Totalitarian China?

Dr. Robert Lieber will discuss how Chinese leaders believe America faces inevitable decline and that their path of Communist Party dictatorship is superior to that of the U.S. He contends China’s model is deeply flawed and its economy and society increasingly fragmented. China’s rulers overlook their own vulnerabilities and underestimate America’s resilience and underlying strengths.

Few world leaders command the attention and evoke global passions pro and con as does Russian President Putin. Understanding his motivations is critical, yet he remains an enigma to many outside of Russia. Join us for a conversation with Amb. John Beyrle, who has met and negotiated with Putin over a dozen times under four Presidents since the 1990s, for an informed, up-close assessment of this complex, fascinating Russian leader.

The riot at the Capitol on January 6, 2021 was a reminder that right-wing extremism is a serious problem. Since 9/11 right-wing militants and jihadist terrorists have both killed around the same number of Americans. Peter Bergen examines domestic political violence in the U.S and what can be done to fix it.

Friday, April 15
Like War: How Social Media Has Become Weaponized, and What We Need to Know About It

Peter Singer discusses livestream terrorist attacks, how presidents win elections over social media, and how viral misinformation alters the fate of nations in a battlespace playing out on smartphones. He will explain the rules of power in this age of social media and how we can navigate a world increasingly shaped by “likes” and lies.