Global Migration in the 21st Century

Thoughts For The Future: Unique Insights of the Northern Triangle and Abroad 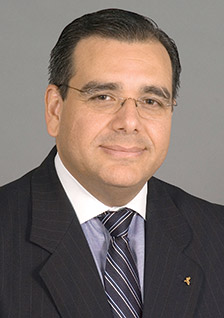 Dr. Juan José Daboub is internationally recognized as a thought leader and has been featured in the Wall Street Journal, Reuters and many other international publications. He has appeared on CNN, CNBC, EWTN, TCS, and other broadcast media outlets. He has spoken extensively at high-level international conferences on economic freedom, prosperity and development issues, including the World Economic Forum, the Union for the Mediterranean, the World Bank-IMF annual meetings, and the Atlantic Basin Initiative, to name a few. A native of El Salvador, Dr. Daboub served from 1999 to 2004 concurrently as El Salvador’s minister of finance and as chief of staff to the president. Then as managing director of the World Bank Group (2006-2010), Dr. Daboub was responsible for 110 countries in Africa, Middle East, Asia and Latin America. In these high-profile roles, Dr. Daboub helped to navigate his native country through several regional economic challenges including securing and sustaining El Salvador’s investment grade rating, “dollarizing” the economy and completing a free trade agreement with the U.S. In his talk, Dr. Daboub will provide unique insights on the solutions that lie in the regions of the Northern Triangle that could resolve the plights of tens of thousands of Salvadorans, Guatemalans, and Hondurans who have arrived in the U.S. in recent years, seeking asylum here in the U.S. from the region’s skyrocketing violence.