The President Is a Sick Man 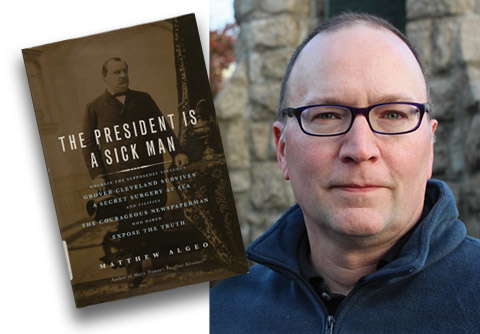 Matthew Algeo is an award-winning author who writes about unusual and interesting events in American history. Also a journalist, Algeo has reported from four continents, and his stories have appeared on some of the most popular public radio programs in the United States. The President Is a Sick Man details an extraordinary, but almost unknown, chapter in American history: Grover Cleveland’s secret cancer surgery and the brazen political cover-up by a politician whose most memorable quote was, “Tell the truth.” When an enterprising reporter named E. J. Edwards exposed the secret operation, Cleveland denied it. The public believed the “Honest President,” and Edwards was dismissed as “a disgrace to journalism.” The facts concerning the disappearance of Grover Cleveland in the summer of 1893 were so well concealed that even more than a century later a full and fair account has never been published. Until now!