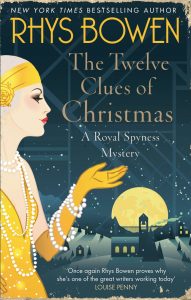 Georgie is quite literally stuck at Castle Rannoch thanks to a snowstorm.
It seems like a Christmas miracle when she manages to land a position as hostess to a posh holiday party in Tiddleton. The village should be like something out of A Christmas Carol, but as soon as she arrives things take a deadly turn when a neighborhood nuisance falls out of a tree. On her second day, another so-called accident results in a death—and there’s yet another on her third, making Georgie wonder if there’s something wicked happening in this winter wonderland. 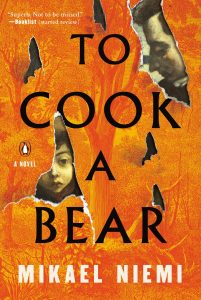 To Cook A Bear by M. Neimi
January 11 | Presented by Stephanie Williams

A fantastic tale set in the far north of Sweden in 1852 following a runaway Sami boy and his mentor, the famous pastor Laestadius, as they investigate a murder in their village along with the mysteries of life. A completely absorbing and unforgettable novel, To Cook a Bear both entertains and burrows deep down into the great philosophical questions of life. 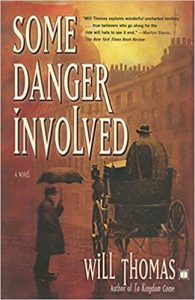 An atmospheric debut novel set on the gritty streets of Victorian London, Some Danger Involved introduces detective Cyrus Barker and his apprentice, Thomas Llewelyn, as they work to solve the gruesome murder of a young scholar. Brimming with wit and unforgettable characters, and steeped in authentic period detail, Some Danger Involved is a captivating page-turner that introduces an equally captivating duo while signaling the start of an exciting career for Will Thomas.

With these words, the reader is ushered into an isolated gray stone mansion on the windswept Cornish coast, as the second Mrs. Maxim de Winter recalls the chilling events that transpired as she began her new life as the young bride of a husband she barely knew. For in every corner of every room were phantoms of a time dead but not forgotten—a past devotedly preserved by the sinister housekeeper, Mrs. Danvers: a suite immaculate and untouched, clothing laid out and ready to be worn, but not by any of the great house’s current occupants. With an eerie presentiment of evil tightening her heart, the second Mrs. de Winter walked in the shadow of her mysterious predecessor, determined to uncover the darkest secrets and shattering truths about Maxim’s first wife—the late and hauntingly beautiful Rebecca. 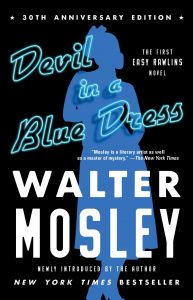 Set in the late 1940s, in the African-American community of Watts, Los Angeles, Devil in a Blue Dress follows Easy Rawlins, a black war veteran just fired from his job at a defense plant. Easy is drinking in a friend’s bar, wondering how he’ll meet his mortgage, when a white man in a linen suit walks in, offering good money if Easy will simply locate Miss Daphne Monet, a blonde beauty known to frequent black jazz clubs.