The Finer Things In Life

OPERA IN THREE ACTS At The Sarasota Opera 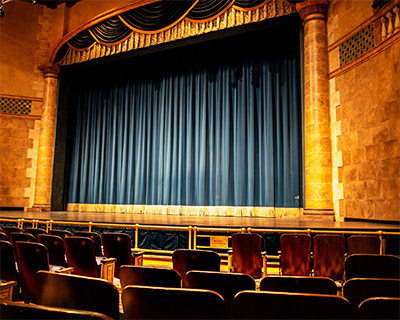 Spend an exquisite afternoon at the prestigious Sarasota Opera Company. For sheer transcendent beauty, Bizet’s The Pearl Fishers has few rivals in the entire repertoire. Bizet (who composed this work 12 years before Carmen) transports us to Ceylon, where two devoted friends find themselves in love with the same woman, an entrancingly beautiful priestess, Leïla. From its leading men and leading lady, The Pearl Fishers demands the ultimate in vocal beauty and elegance to do justice to this sweepingly romantic drama.

Accompanying you on this operatic journey is Maestro Peter Leonard. Born in Boston Peter has lived and worked in Germany, holding positions as music director and intendant (general director). Following the matinee, Maestro Leonard will lead an engaging discussion over dinner at the Bijou Café.

Located on the corner of First Street and Pineapple Avenue, across from the Sarasota Opera House, is the Bijou Café. Originally built in the 1920s as a gas station, the Knaggs family restored the building in 1986 and the Bijou Café was born. With a menu inspired by the French and South African heritage of the original owner, Chef Jean-Pierre Knaggs, diners note a joie de vivre (enjoyment of life) in the exceptional service of their staff.

Round trip transportation from Boca Grande is included. This trip is limited to 28 people. Call the office at 941-964-0827 to reserve a spot.

Other Upcoming Events In The Finer Things In Life