Fredrik Logevall Historian and Educator
Subject to opening guidelines, an in-person event format may be added. Stay tuned for announcements. 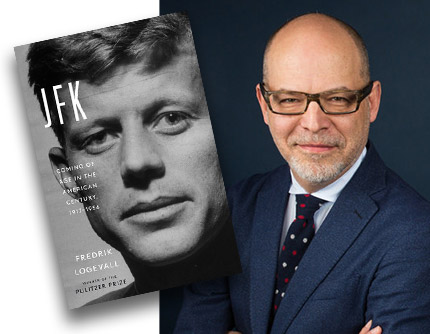 Fredrik Logevall is the Laurence D. Belfer Professor of International Affairs at Harvard University. A specialist on U.S. foreign relations history and modern international history, Logevall is also an award-winning and prolific writer on the Vietnam War and its legacy. He has spent much of the last decade searching for the “real” JFK. The result of this prodigious effort is a sweeping two-volume biography that properly contextualizes Kennedy amidst the roiling American Century. This volume spans the first thirty-nine years of JFK’s life – from birth through his decision to run for president – to reveal his early relationships, his formative experiences during World War II, his ideas, his writings, his political aspirations. In examining these pre-White House years, Logevall shows us a more serious, independently minded Kennedy than we’ve previously known, whose distinct international sensibility would prepare him to enter national politics at a critical moment in modern U.S. history.