A Revolution for Empire: Politics, Profits, and the Problem of the Revolutionary Frontier 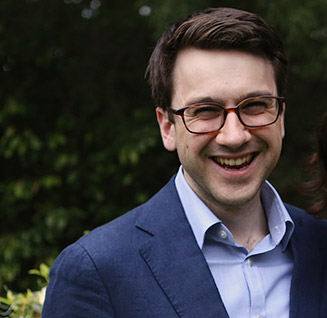 Michael Blaakman is a historian of revolutionary and early national America, whose scholarship focuses on politics, empires and North American borderlands. His talk explores changing ideas about the problems and promise of the West in the era of the American Revolution. In the 1760s, the British Empire enraged elite and ordinary colonists alike by declaring strict constraints on frontier expansion and protecting Indian lands beyond the Appalachians. Two decades later – after a costly war for independence, an economic depression, and a democratic upsurge – the American Congress charted a very different path, framing westward expansion as a solution to the Revolution’s most pressing social, political and fiscal problems. Meanwhile, speculators chased extravagant profits in an unprecedented real-estate boom that reached across millions of acres of Native American land. Blaakman’s talk will argue that the story of these competing visions for the frontier, from 1763 to 1787, reveals what was truly revolutionary about the American Revolution.